The withdrawal of several star Kangaroos for the upcoming Four Nations tournament has been met with delight by most New Zealand league fans, but Kiwis halfback Shaun Johnson would rather be lining up against the strongest side Australia has to offer.

With Johnathan Thurston, Billy Slater, James Tamou and Brett Morris just a few of the high-profile Australians unavailable due to injury, many believe this is the weakest Kangaroos side named in decades, but Johnson isn’t buying into that talk.

“I think whoever gets named in whatever side is always going to lift their game that extra bit, it’s just the same with us, we have people coming in that I guess the media and public might question,” the 24-year-old Warrior said ahead of their clash with Australia on Saturday night.

“But we know that they are going to get the job done, and I am guessing that’s the same for Australia.

“You would [rather play them at full strength], but that’s out of our control, isn’t it?

“We just have to look forward to who we are playing and it’s going to be a really tough task anyway.

“You do always want to compete against the best and Thurston is the best. It doesn’t mean that it’s going to be any easier for us though.”

The Kiwis aren’t without injury issues themselves, with Roger Tuivasa-Sheck and Jared Waerea-Hargreaves left out (player burnout), and Sam McKendry, Konrad Hurrell, Ben Matulino and Sam Moa – all likely to have been included in the 17 – also absent.

Only 10 players remain from the squad which travelled to last year’s Rugby League World Cup while there are five rookies included in the final 24. The fifth was 26-year-old Wests Tigers forward Bodene Thompson, who was rushed into camp last week following Moa’s withdrawal due to a family illness.

Johnson said he understood the reasoning behind players withdrawing through burnout after a long season but for him representing the Kiwis would always be a priority.

“I am feeling pretty good but for those boys who played the finals series, and for the sides that travel a bit more like the Cowboys you can probably understand it, but to me you just find a way,” he said.

“Playing for your country is at the top of my list so any opportunity I get to do that I take it.

“I think the real test for us is going to be with the ball in hand and timing, you just can’t help it, it’s just going to be a bit off.

“I had three weeks off during the season and came back and it just didn’t feel right. It is going to take a game to get that back, it just sort of sucks that it’s against Australia.

“It’s really exciting [to have games in New Zealand], obviously we have played a few away of late.

“My first was here in New Zealand and I am really excited to get back and hopefully we get good crowds at the games and they can rip into whoever we are playing instead of us copping it.” 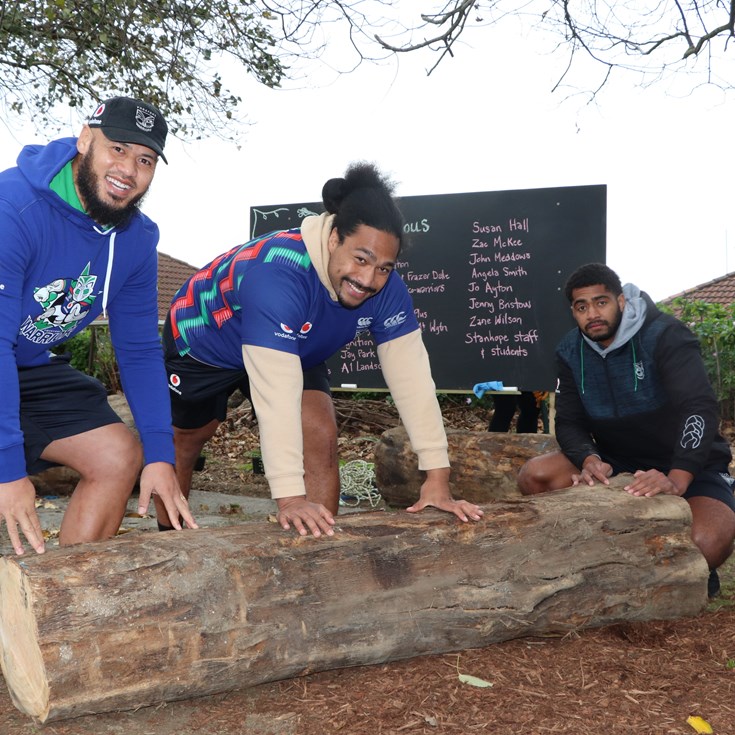 Presented By Mazda 26 mins ago

Chatting with new boys about life in camp

Presented By Best Foods 3 hours ago