Going into the match in seventh spot just a point inside the top eight, the home side desperately needed success to halt a sequence of three consecutive losses to revive their finals bid.

They were boosted by an injection of NRL experience with the inclusion of veteran prop Sam Rapira and playmaker Chad Townsend against a Newtown side which was 10th on 25 points.

It made a huge difference as the Vodafone Warriors started with a blaze of points in the first 30 minutes.

Winger Solomone Kata was over wide out from dummy half in the opening minutes, centre Carlos Tuimavave finished off a nice backline shift, a Townsend 40/20 led to a Sam Lousi try, winger Jarrod Tua profited after good lead-up and front rower Albert Vete took on multiple defenders to score. Townsend converted four of them for a 28-0 lead.

This match was seemingly headed for just one outcome but it was ominous when the Jets scored twice in the last few minutes of the second half to go to the break with momentum and still in contact at 12-28.

The first 20 minutes of the second half was classic arm wrestle fare before the Jets provided the defining moment, a 40/20 creating a try for French international Remi Casty to leave Newtown only 10 points behind.

It was all about creating pressure and in quick succession Newtown was able to profit. A Vodafone Warriors error led to a try for Jack Siejka in the 68th minute and three minutes late Arana Taumata carved through the middle. He was stopped by Steve Waetford but deemed not tackled and got up to score. With Nathan Stapleton converting both the Jets were 30-28 with nine minutes to go, a lead they would protect for a remarkable comeback win.

It’s a result which puts a serious dent in the Vodafone Warriors’ top eight hopes.

Since being on the edge of climbing well inside the top four, they have now had four losses on end.

Cronulla and Wyong, both on 26, had the chance later in the day to push the Vodafone Warriors out of the top eight. Wyong was away to fourth-placed Illawarra while Cronulla met bottom-placed North Sydney; in the worst possible outcome for the Vodafone Warriors, they both won to move to 28 points and claim seventh and eighth on the ladder.

In their final regular season match the ninth-placed Vodafone Warriors meet North Sydney next Sunday. By then they'll know whether they still have a chance of sneaking into the fiinals with all other matches being played on Saturday. Wyong is away to the second-placed Wests Tigers while Cronulla is away to the fifth-placed Mounties; if they both win the Vodafone Warriors will have no chance ot making the eight but a loss by either team or both would open the door up. 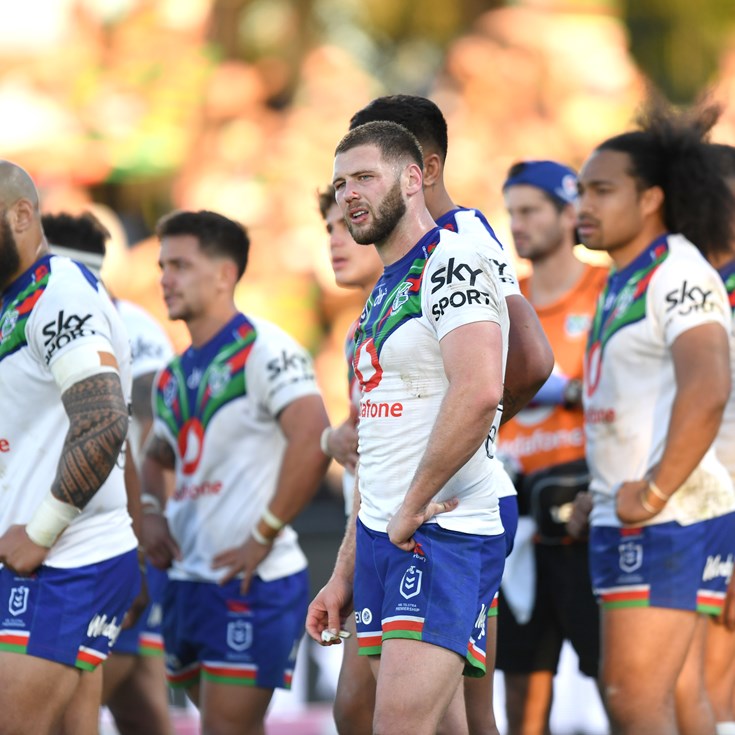