'Hilds' owns a permanent place in rugby league history as the first try scorer in the inaugural NRL women's premiership, crossing in the right-hand corner in the Warriors' opening match against the Sydney Roosters on September 8, 2018.
A Kiwi Fern since 2014, the 37-year-old Mariu once again savoured success with the Manurewa Wahine in the Auckland club competition in 2018 and with the Counties Manukau Stingrays at the nationals. She was again a club premiership winner - this time with the Papakura Sisters - in 2019 and was once more helped the Stingrays to the national title.
She was one of three Peters sisters playing in the NRLW in 2018 - Kahurangi was also with the Warriors while Rona was with the Broncos. She featured in all three games last year and was again on the wing for the 2019 season-opening 16-12 win over the Sydney Roosters in Melbourne.
She teamed up with Georgia Hale, Madison Bartlett, Kanyon Paul and Crystal Tamarua to form what became known as "the fab five", the five New Zealand-based players who committed to being involved in this year's competition. The challenge for them was going into quarantine on arrival in Australia in September and isolating again when they return home. Peters is in the 2020 team's leadership group along with Hale, Karina Brown and Simone Smith.
Hilda works as a health promoter for Te Kaha o Te Rangatahi Trust. She has a moko kauae (traditional Maori chin tattoo or moko). 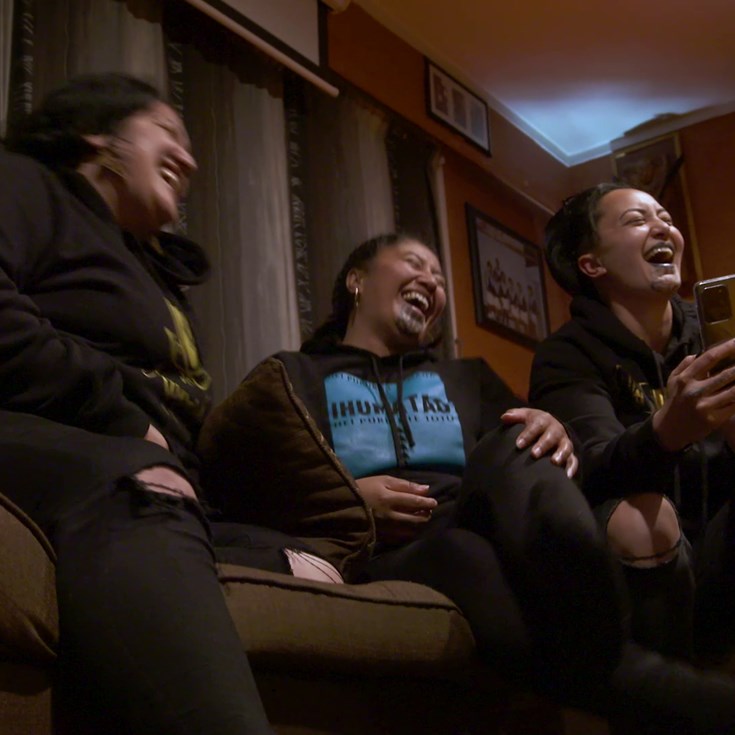 Catching up with fabulous Peters whānau