The Vodafone Warriors became Blake's sixth NRL club and his eighth in all counting Hull Kingston Rovers and Wigan in England when he was signed on a three-year contract to move to Mount Smart Stadium from 2018.

The Cabramatta junior began his first-grade career with Parramatta in 2007 before establishing himself with Canterbury-Bankstown in 2010 following just 19 games in two seasons with Cronulla in 2008 and 2009; he had his first taste of finals football with the Sharks in 2008 and has now appeared in a total of nine NRL finals matches plus Super League play-offs and two Old Trafford grand finals as well as the Challenge Cup final at Wembley.

His one-season stint with the Sea Eagles in 2017 followed two with Melbourne when he played in the 2016 grand final and was in the Storm side stopped one win short of the decider in 2015 by eventual premier North Queensland.

'Greeny' (also known by his Vodafone Warriors teammates as 'Kakariki', the Maori word for green) spent four seasons in the English Super League with Hull Kingston Rovers and the Wigan Warriors from 2011-2014, savouring the Challenge Cup-Super League grand final double with Wigan in 2013. He won the Harry Sutherland Trophy as man of the match in the Super League decider at Old Trafford while he was in the grand final again in 2014 when Wigan lost to St Helens.

In his first season with the Vodafone Warriors he appeared in 22 of the team's 25 matches, helping the club to finals football for the first time since 2011.

Green's second campaign in 2019 saw him miss three games through injury as well as dealing with the rare experience for him of not playing finals football. He kicked a career-first field goal in the 19-18 win over the Sharks in Wellington.

He has played a combined total of more than 200 top-grade games in the NRL and the Super League.

Blake and his wife Sarah have two children, son Boston and daughter Sadie. 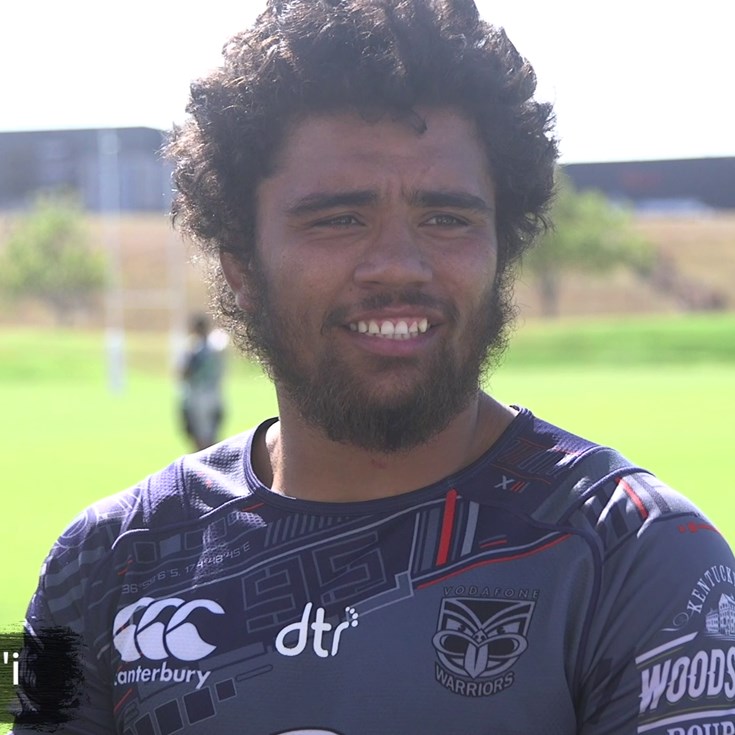 “He’ll know how to handle the occasion" Green

A tough night for us' - Green